← more from
ATA Records
Get fresh music recommendations delivered to your inbox every Friday.

In Search Of The Lost City Of The Monkey God 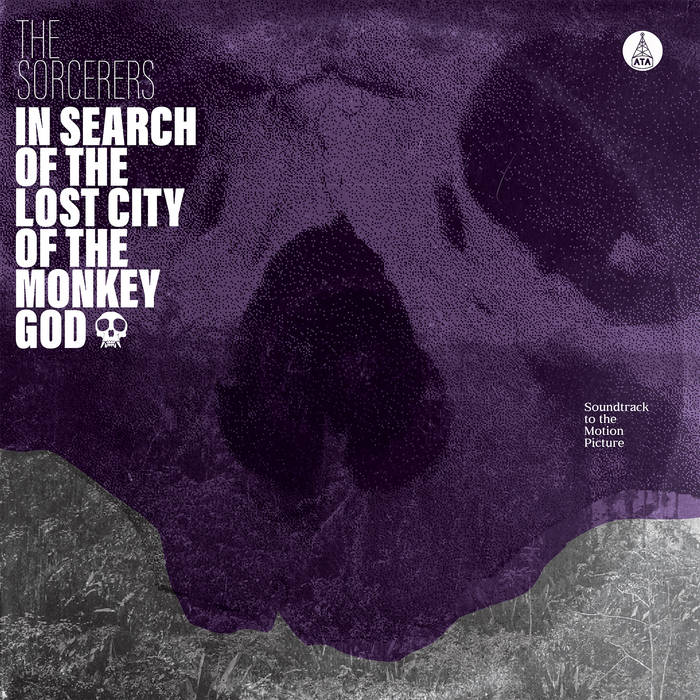 junglebean This makes me want to play bass!

The Sorcerers began working on the new album during the winter of 2018 and it was during the writing sessions for this album that the concept for the LP began to take shape. The name for the album was taken from the title of a National Geographic article read by Bassist Neil Innes and was used as the starting point for the entire concept. The library music scene of the 60s and 70s has always been an intrinsic part of the sound of ATA Records and so it made perfect sense to envisage the album as a soundtrack, given the cinematic quality of The Sorcerers music.

Each track was written with a particular scene in mind and the music was then shaped in the studio to best reflect the essence of that scene. Drums, Bass and Percussion provide the solid foundation onto which Flutes, Bass Clarinets, Xylophones and Vibraphones add the atmospheric and melodic counterpoint, deftly weaving between one another to conjure up images of the unforgiving environment of the dense jungle, unknown eyes watching the protagonists of the imagined film as they make their way towards their ultimate goal, their pursuit by unseen assailants, the arcane mysticism of undiscovered cargo cultists and the ancient ruins of long passed civilisations.

Formed by multi-instrumentalist Pete Williams, bassist /guitarist Neil Innes and Drummer Joost Hendrickx. The band was conceived after writing and producing some Ethio inspired music intended for release as a 7" single. The music garnered such a popular response that they developed the sound further before recording the debut album. ... more

Bandcamp Daily  your guide to the world of Bandcamp

Little Brother joins the show to discuss their beautiful journey, plus tunes from Fat Tony